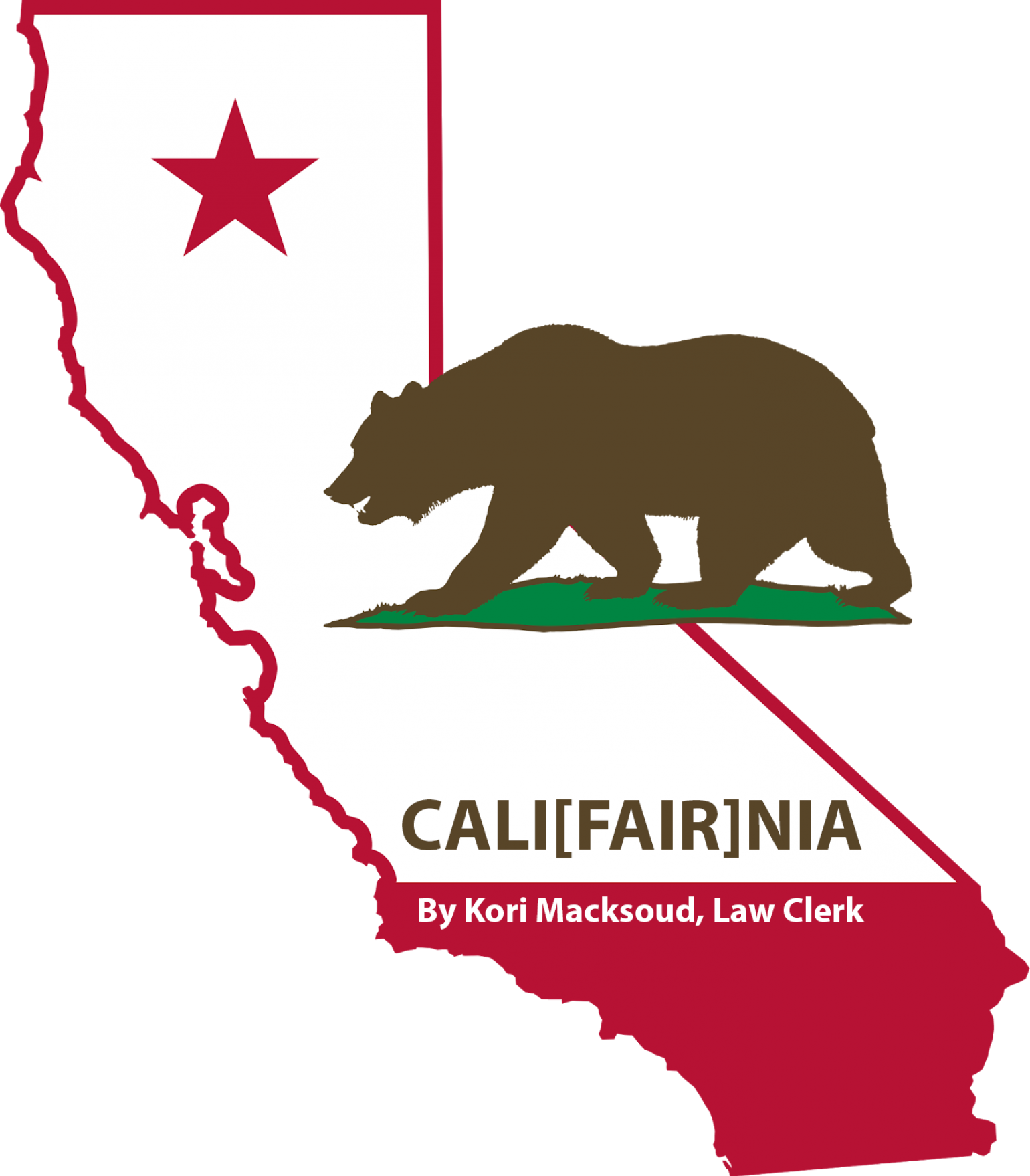 A few years ago, the California State Legislature signaled it would take a very aggressive approach toward eliminating unfair pay practices and indeed it has! 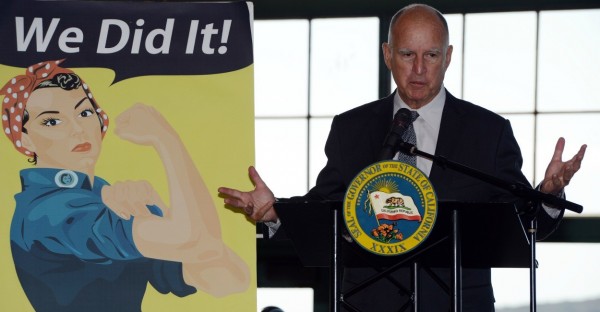 Gov. Jerry Brown visits the Rosie the Riveter National Monument to sign the Equal Pay Act into law on Oct. 6, 2015, in Richmond, CA.

The law will now prohibit wage disparities for employees of different races or ethnicities, unless such differentials are based on seniority or merit systems, systems that measure earnings by quantity or quality of production, or other “bona fide factors” other than race or ethnicity.

The ‘bona fide factor’ exception will apply only if the employer demonstrates the factor is not based on or derived from a gender-based differential in compensation.

Further, salary history alone won’t be an acceptable justification for any difference in pay between employees of different sexes, races or ethnicities because, as Assembly Bill 1676 aptly states:  “The problematic practices of seeking salary history from job applicants and relying on prior salary to set employees’ pay rates contribute to the gender wage gap by perpetuating wage inequalities across the occupational spectrum.  Women are paid less than men in 99.6% of occupations and are more likely to face financial penalties for taking time out of the paid workforce due to childbearing and family caregiving responsibilities.  When employers make salary decisions during the hiring process based on prospective employees’ prior salaries or require women to disclose their prior salaries during salary negotiations, women often end up at a sharp disadvantage and historical patterns of gender bias and discrimination repeat themselves, causing women to continue earning less than their male counterparts.”

In January of 2016, California enacted the Fair Pay Act which strengthened existing protections that banned discriminating against women by paying them less than their male counterparts.  California’s Fair Pay Act puts the burden of proof on employers, explicitly bans retaliation against employees who discuss their salaries and prohibits employers from paying women less for “substantially similar” work.   The law makes it easier for workers to challenge the fairness of their pay, specifically by becoming aware of pay differences by being allowed to talk about them, and also encourages employers to audit their compensation practices and to address gender pay disparities before complaints arise.

In addition to being a violation of the Labor Code, existing law makes it a “misdemeanor for an employer or other person acting either individually or as an officer, agent, or employee of another person to pay or cause to be paid to any employee a wage less than the rate paid to an employee of the opposite sex as required by these provisions, or who reduces the wages of any employee in order to comply with these provisions.  Existing law also makes it a misdemeanor for an employer to refuse or neglect to comply with the above provisions of law.” 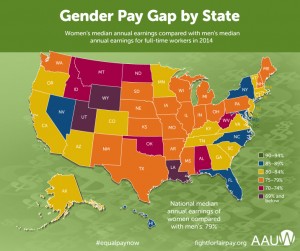 What is “Substantially Similar Work”?

What in the world is a “Bona Fide Factor”?

The Fair Pay Act places the onus on the employer to demonstrate any wage differential falls into one of four specified exceptions. If there is any differential in pay, the employer must “affirmatively demonstrate” the entire wage differential is based on a seniority system, merit system, a system that measures earnings by quantity or quality of production or a bona fide factor other than sex, such as education, training, or experience which must be “applied reasonably.”

The “bona fide factor” exception will apply only if the employer demonstrates the factor is not based on or derived from a gender-based differential in compensation, is job-related with respect to the position in question, and is consistent with a business necessity which is defined as “an overriding legitimate business purpose such that the factor relied upon effectively fulfills the business purpose it is supposed to serve.”

For example, a male employee performing the same job as a female may not be paid more for having a college degree where the degree is not required to perform the job. However, he may be paid more if the employer can affirmatively demonstrate the entire wage differential is based on longevity, education necessary to perform the job, or difference in experience.

Nonetheless, the “business necessity” defense does not apply if the employee demonstrates an alternative business practice exists that serves the same business purpose without producing the wage differential.

How can an employee bring a claim to enforce the Equal Pay Act, and what recovery is the employee entitled to?

It is important to remember an employer may not prohibit or give the impression of prohibiting an employee from disclosing his or her own wages, discussing the wages of others, inquiring about another employee’s wages, or aiding or encouraging any other employee to exercise rights under the Equal Pay Act.

Any employee receiving less than the wage to which the employee is entitled may recover in a civil action the balance of the wages, including interest, and an equal amount as liquidated damages, together with the costs of the suit and reasonable attorney’s fees.  It doesn’t matter that the employee agreed to work for a lesser wage.

As an employer, what steps should I take to make sure I am in compliance?

Laws in California governing the workplace, like the Equal Pay Act, can seem daunting to navigate and administer. That’s why the employment experts at Stone | Dean work together with their clients in updating their business practices in order to prevent litigation, while aggressively representing them and their business if litigation arrives. For more information, please visit stonedeanlaw.com/practice-areas/employment-law/