Only the best news in Business, Employment, Insurance, and Law from California and around the globe.

“Citing California law, the suit alleges unfair competition wrought by Ivanka Trump’s advantages as the daughter of the president, citing President Donald Trump’s tweets and the positions and actions of his advisors, including Ivanka’s husband Jared Kushner, according to a court filing published by SF Gate online.”

“According to the complaint, in 2014, Johnson was commissioned to create several two-dimensional and three-dimensional metal art work based on Retna’s original works, but he was not paid for his time or labor in creating the artworks.”

“In no way are the actions of this former employee representative of the Saint Marc brand nor are they reflective of the opinions of anyone else on our team, including executive management. We have always celebrated being part of the diverse Huntington Beach community, which means valuing all guests and treating every individual with respect.”

“The judge in the case, Richard Seeborg, granted the company’s petition for summary judgment finding that the workers did not support their argument that the labor code’s definition of an employer extends to companies that “ostensibly” control wages through an agent.”

“In an effort to attract more people to teaching and keep educators in the profession, a California State Senate proposal would make teachers exempt from the state income tax.”

“In rendering its verdict, the court said that the Department of Labor Standards Enforcement doesn’t see any reason why commissioned and piece-rate workers should be treated any differently and as such should be entitled to the same paid 10-minute rest periods.”

“Insurers are among a handful of industries, including Major League Baseball, that have a special exemption from the federal antitrust laws, the so-called ‘McCarran-Ferguson’ antitrust exemption.”

“Just hours before the report was issued, results of the state’s latest cap-and-trade auction of greenhouse gas emission allowances – the only source of ongoing bullet train funds – were released and once again it produced almost no money.”

“Sen. Ricardo Lara, D-Bell Gardens, and Sen. Holly Mitchell, D-Los Angeles, are expected to announce legislation – eight bills in total – that seek to keep kids out of the juvenile justice system and address what the lawmakers characterized as ‘inequity’ for juveniles and adults.”

“Trump’s Jan. 25 executive order, ‘Enhancing Public Safety in the Interior of the United States,’ defines sanctuary jurisdictions as those that ‘willfully refuse to comply with 8 U.S.C. 1373’ and makes them ‘not eligible to receive federal grants, except as deemed necessary for law enforcement purposes.’”

“Under the bill, snitches like Mexican Mafia members Raymond ‘Puppet’ Cuevas and Jose ‘Bouncer’ Paredes would no longer be able to live like kings behind bars, raking in as much as $3,000 a case as well as cartons of Marlboro cigarettes, fast food, Xbox machines and other perks.”

“In two unpublished decisions this month, the Ninth Circuit ruled in Wulfe v. Valero Refining Co. California and Valdez v. Terminix International Company, et al. that California Private Attorney General Act (PAGA) claims can be forced into arbitration based on arbitration clauses in employees’ contracts to which the State of California is not a party.”

“California Supreme Court rules that emails and text messages sent or received on public officials’ private devices are subject to disclosure under the California Public Records Act, which had originally been designed to cover paper documents.” 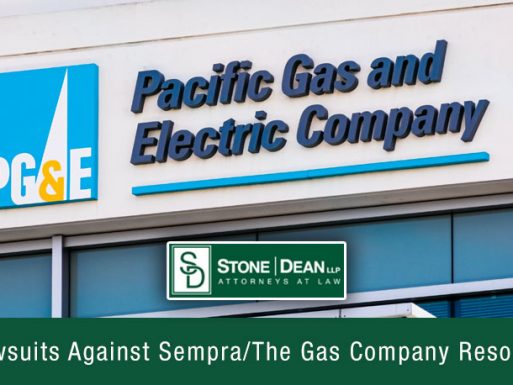