Owners of underground parking facilities where criminal attacks take place may not be liable absent evidence of prior similar Incidents.

Overturning a lower court decision, the California Supreme Court recently refused to impose liability on premises’ owners, based on the nature of the property where the criminal attacks involved took place, absent evidence of prior similar incidents on the premises. (Sharon P. v. Arman Ltd., 1999 Daily Journal DAR 12615).

In this case, plaintiff Sharon P. was a tenant in a Los Angeles office building, paying a monthly fee to park in an assigned space in the underground parking garage reserved for tenants of the building. On the morning of April 13, 1993, a masked assailant sexually assaulted her as she got out of her car.

Plaintiff sued the owners of the premises, Arman Ltd. and Apcoa Inc., which provided parking services for the building, alleging that the defendants’ failure to provide adequate security for users of the parking garage caused, or substantially contributed to, the criminal attack. Following discovery, the defendants moved for summary judgment on the basis that neither of them owed a duty to plaintiff to make the garage more secure. The attack was not reasonably foreseeable, no evidence of prior, similar incidents existed. Plaintiff opposed the motion, adducing the following evidence:

The appellate court reversed by a divided vote. with the majority declining to apply the “prior similar incident” duty analysis set forth in Ann M. Instead, the majority noted that commercial parking structures are “inherently dangerous” and, by their very nature, facilitate the commission of crimes. Accordingly, it held that criminal assaults on garage patrons were “foreseeable as a matter of law.” The dissent was critical of the majority’s decision to replace Ann M.’s concept of duty based on foreseeability with an “inherently dangerous” condition theory.

The California Supreme Court granted review to determine whether, and to what extent defendants’ duty of care to their tenants required that they provide security in the garage, when no assaults had occurred on the premises during the 10 years preceding the attack on plaintiff.

The court first considered plaintiffs contention that underground commercial parking structures are inherently dangerous and carry with them a higher foreseeability of violent criminal attacks with a corresponding obligation to provide more than minimal security measures.

First, the court analyzed whether the premises’ owner had to hire security guards for its underground garage. Using the foreseeability test articulated in Ann M., it concluded that the premises’ owner did not have to have security guards to prevent the crime, because the prior incidents on the premises (bank robberies) did not involve violent attacks against anyone and were not sufficiently similar to the sexual assault suffered by plaintiff to establish a high degree of foreseeability that would justify the imposition of such an obligation.

The court next addressed plaintiffs contention, premised on footnote eight of Ann M., that her attack was reasonably foreseeable as a matter of law, even in the absence of prior similar incidents, because the underground parking lot created an “especial temptation and opportunity for crime to take place,” which rendered the commercial property at issue “inherently dangerous.”

The court rejected plaintiff’s attempts to avail itself of the issue left open by Ann M., holding that underground parking garages are not so inherently dangerous as to require security guards in the absence of prior similar incidents.

The court premised its holding on two fundamental considerations: 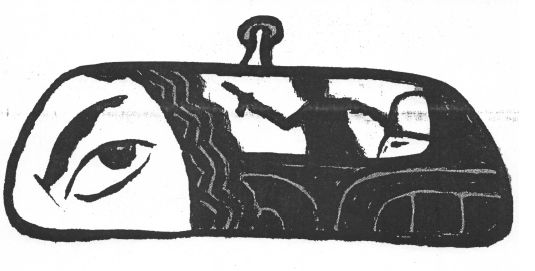 The court questioned whether security cameras, adequate lighting and periodic walk-throughs would have been any less burdensome than employing security guards.

The court then addressed the plaintiffs’ contention that, even if the underground parking garage did not trigger the landlord’s obligation to hire security guards, crime in the garage was sufficiently foreseeable to require him to provide protection by simple and less burdensome means. The court first reaffirmed its commitment to the principle that the scope of a landowner’s duty to provide protection against third-party crime comes. in part, from balancing the foreseeability of harm against the burden imposed. The court acknowledged that, when the burden is low, a lesser degree of foreseeability establishes the landlord’s duty.

Nonetheless, the court rejected plaintiff’s argument that “[s]imple things like a clean, brightly lit garage, with working security cameras, and periodic walk-throughs [by existing personnel], all give the appearance that someone cares about this garage and sends a message to any potential criminal to go elsewhere.” The court expressed doubt whether the “simple things” identified by plaintiff would have been sufficient to deter the type of violent assault that occurred.

The court also questioned whether the identified measures (security cameras, adequate lighting and periodic walk-throughs) would have been any less burdensome than employing security guards.

The court noted that no evidence suggested that plaintiff’s rape had any connection to an otherwise foreseeable crime on or at the premises (e.g. bank robbery) and that the crime statistics offered did not support a finding of prior similar incidents.

The court concluded that “absent any prior similar incidents or other indications of a reasonably foreseeable risk of violent criminal assaults in that location, we cannot conclude defendants were required to secure the area against such crime,” rejecting the “inherently dangerous” theory and placing a significant burden on plaintiffs in such situations.

This article was originally written for the Los Angeles Daily Journal and was published in Verdicts & Settlements: Viewpoint on January 28th, 2000.