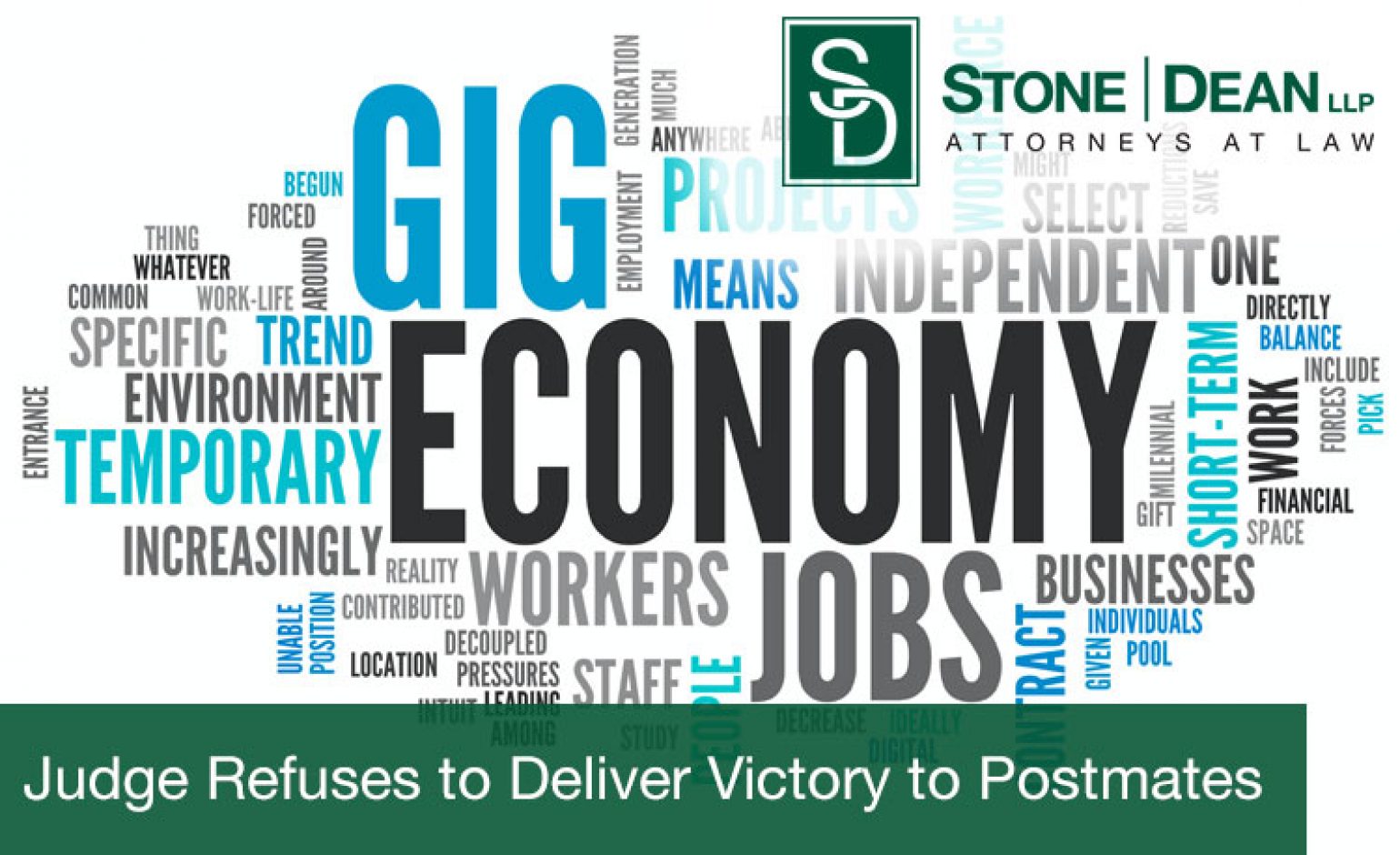 On February 10, 2020, Postmates Inc. and Uber Technologies, Inc., sought an order insulating their drivers from the provisions of Assembly Bill 5, which both gig-based business challenge AB5 as unfair and unconstitutional. Judge Gee of the United States District Court for the Central District of California indicated that she would not second guess the legislature in enacting AB5 and signaled that she would deny the Motion for a Preliminary Injunction. Through their motion, Uber Technologies Inc. and Postmates Inc. sought an immediate halt to the enforcement of AB5, which the companies termed as “a monstrous threat to their business models.” Signed by California Governor Gavin Newsom in September, A.B. 5 says workers can generally only be considered contractors if they perform duties outside the usual course of a company’s business. Uber and Postmates filed their suit, which is styled Olson v. State of California, 2:19-cv-10956, on December 30, 2019, two days before A.B. 5 took effect. Uber, Lyft, Postmates, Instacart and DoorDash have already pledged $110 million for a ballot measure to change AB5.