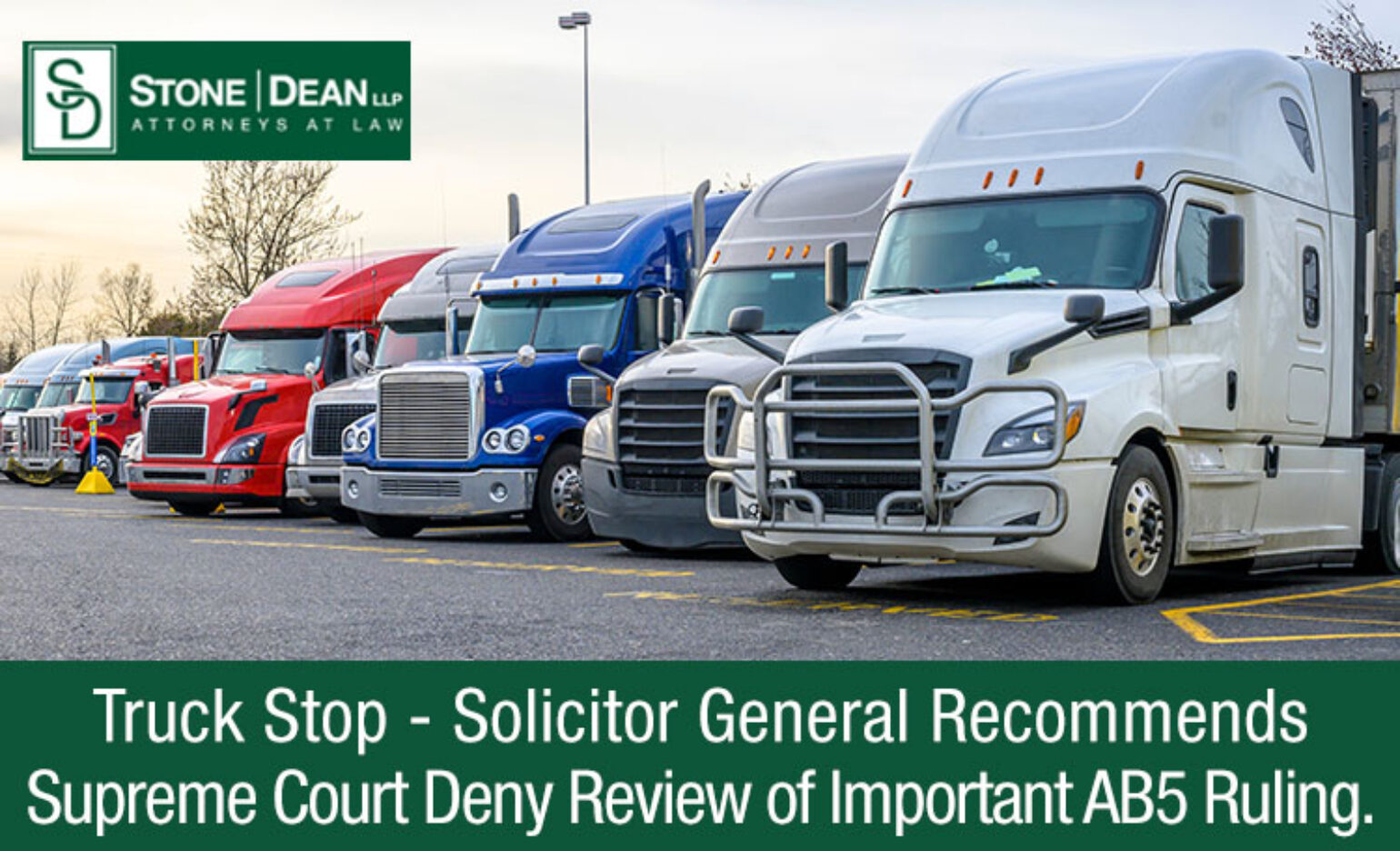 The U.S. Solicitor General has recommended that the U.S. Supreme Court deny review of an important case impacting the application of AB5 to California’s trucking industry.  In it’s Supreme Court brief, the Solicitor General urged that the U.S. Circuit Court of Appeals for the 9th Circuit “correctly determined that petitioners were unlikely to succeed” in their claim that the Federal Aviation Administration Authorization Act (FAAAA) preempts applying the so-called ABC test to owner-operators to determine whether they are employees under California law.